There are so many things to love about Fiji, from its delicious cuisine and fascinating culture to its picturesque scenery and exciting excursions. While you’re here, you can practice your Fijian, make friends with the locals, and join in cultural traditions. However, to deeply and fully appreciate this incredible collection of islands, it helps to understand Fijian history. The more you know about Fiji history, the more you’ll enjoy it!

If you’re finding yourself wondering what is the history of Fiji? We have you covered. Our guide below answers some of your most frequently asked questions regarding Fiji’s history, from its early beginnings to its famous rituals. Where did Fijians originate? And what are the islands most famous for? Follow along to get the inside scoop on the history of Fiji!

When were the Fijian islands formed?

One piece of fascinating Fiji history is that volcanic activity formed these islands over 150 million years ago! While the archipelago is now considered dormant, geothermal activity is still present in this section of the South Pacific as seafloor spreading still occurs.

Where did Fijians originally come from?

A long time after the islands were formed, it’s believed that Austronesian people began settling in the area around 3,500 years ago. The Melanesian people followed suit roughly 1,000 years later. The Melanesians came from Melanesia, a subregion of Oceania located in the southern South Pacific Ocean.

With that said, some Fiji history lessons in Fijian schools suggest the original settlers came from Africa, yet it’s still widely believed they came from Southeast Asia. 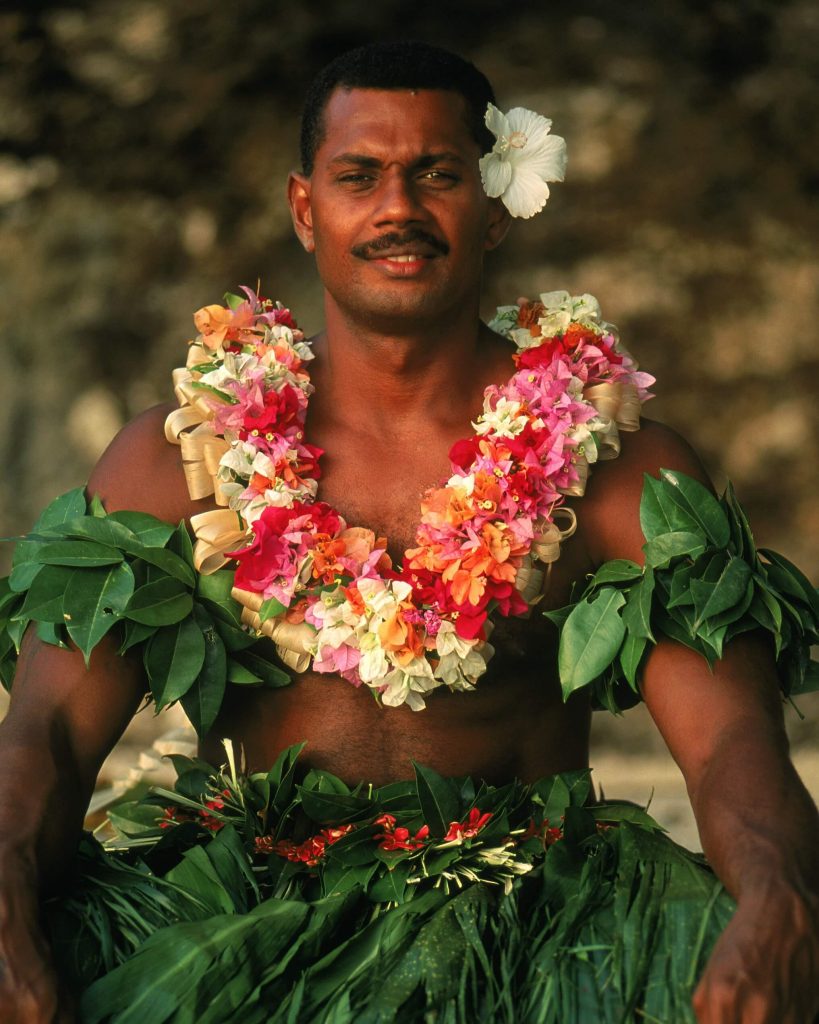 When was Fiji first discovered?

Native peoples inhabited the Fijian islands long before European explorers discovered the area. In fact, it was thousands of years before the first explorer ever caught wind of the archipelago.

In 1643, a Dutch navigator named Abel Tasma spotted Vanua Levu Island during his travels around the South Pacific. However, it wasn’t until the 1700s that any explorers stepped foot on the islands— British Captain James Cook eventually visited one of the lower islands in 1774.

In the following years, European ships traveled by the Fijian islands but avoided landing there, as they were told Fijians were cannibals. That said, by the 1800s, traders and settlers got brave and began making their homes on the islands and introducing the islands to European culture and religion.

Were Fijians really known for being cannibals?

If you’ve read about Fijian history, you might have heard references to cannibalism. In truth, cannibalism is a practice that dates back thousands of years on these islands. There was a time when Fiji was called the Cannibal Islands.

To the Fijians, cannibalism was a spiritual ritual steeped in tribal tradition. The natives continued this cultural practice until the European missionaries began infiltrating the islands in the 19th century and converting the tribes to Christianity. The last known incident of cannibalism on the islands was when a Methodist missionary, Reverend Thomas Baker, insulted a chief.

How did Fiji get its name?

The Tu’i Tonga Empire ruled over Fiji and brought Polynesian influences to the island. While the Fijians called their home Vita, the Tongan people called it Fisi. According to history about Fiji, many assume Captain Cook botched the name, calling the islands Fiji, and the name stuck.

Great Britain established the Colony of Fiji in 1874. Fiji remained a Crown colony until 1970 when it gained its independence. In 1987, Fiji was declared a republic and held its first democratic election in 2014.

What is Fiji famous for?

Fiji is famous for many things!

For one, you might be familiar with their traditional national drink, kava. This unique drink is made from the root of a kava plant and plays an integral role in kava ceremonies, which are a big part of Fijian history. When you sip on kava, the drink creates a gentle numbing sensation around your lips, tongue, and mouth, which is said to help relax you.

The archipelago is known worldwide for its beautiful tropical scenery, as the islands are home to turquoise waters, lush green jungles, rugged mountains, dormant volcanoes, and even coral reefs. Because the landscape is so varied, there are so many amazing things to do here, from snorkeling in the bay and hiking trails to boating around the islands and swimming in hot springs!

And finally, Fiji is famous for its friendly and happy locals! Studies have revealed that Fijians collectively report being more content than any other people on earth.

If you’d like to learn more about the history of Fiji, there’s no better way than traveling here to immerse yourself in the local culture. Whether you visit one of our many museums or spend time speaking with the locals, you’re sure to find your fair share of interesting facts and stories about Fijian history.

Ready to start planning your island getaway and learning about Fijian history straight from the source? Begin by booking your stay at Namale Resort & Spa today, and don’t miss out on our many special offers.

Get a Personalized Quote

At Namale, our spa awakens all of the senses! Allo

All-inclusive means you can have it all – or all

We are grateful for YOU this holiday season! 💚V

All-inclusive goes beyond our 525-acre resort. Our